The Digital Dodger is a regular feature from the pages of Tailboard magazine. Each article focuses on a particular aspect of combining a digital camera body with ‘classic’ lenses, lens adapters (new and home made) and assorted accessories that can be used to great effect.

Mixing Old and New – what can they do?

A look at using legacy lenses on digital cameras

Whether you like it or not, you cannot escape the fact that digital cameras have taken over the world of photography. Be it a modest mobile phone or a high-end digital SLR all are capable of recording images of great clarity and colour with a minimum of user input.

What digital users may miss is the tactile and creative satisfaction of manually focussing with a ‘proper’ lens, setting the aperture with a ring and the shutter speed on a dial, as lm users were used to.

However, the days of lm are not over as many people are visiting or revisiting the medium. Sales of lm, new lm manufacturers appearing, and the rise in price of second hand lm cameras support this. The days of carrying a couple of SLRs and half a dozen lenses in a back- breaking/neck-straining hold-all may well have passed (and will not be missed!) but the sight of someone with a lm camera at events, tourist attractions and on the streets is now more common than it was just a few years ago.

Film does have its problems – is it fresh, is it a good batch, will I expose it correctly, is the camera light tight, will I or someone else mess up the processing, will it get lost in the post? Problems which digital does not have.

If you are a collector or enthusiast photographer with lots of older or, as they are known, ‘legacy’ lenses how do you use them without the restrictions of lm? They may have sentimental value or have a special purpose – micro, macro, soft focus, extreme telephoto, mirror, tilt/shift for example.

It is well known that adapters have been available for mainstream digital SLRs for many years but these often have use limitations due to different brand’s ange – lm/sensor distance (register) if in nity focus needs to be maintained.

For those who wanted to use legacy lenses on digital cameras the big breakthrough came in 2008 when Panasonic introduced its G1 mirrorless or CSC (Compact System Camera) camera with a 19.25mm flange to sensor distance.

With such a shallow body depth, adapters were soon available to use Leica rangefinder, cine C mount and all of the major 35mm SLR manufacturers lenses that were not electronic.

Accurate focussing is aided by variable magnification of a chosen part of the image. Many cameras now have an electronic split image rangefinder or focus peaking which highlights high contrast edges with a choice of colour and intensity to help judge the point of correct focus.

Some mirrorless formats have come and gone but the recent mainstream models can be classified into 3 groups:

3. Full Frame. 24 x 36mm sensor size as standard 35mm. Examples: Sony FE, Nikon Z, Canon RF, Leica M. Lenses made for 35mm cameras clearly have no crop factor but be aware with all formats that wide angle lenses may disappoint – at the edges in particular. This is because of the way the light hits the sensor rather than a at lm.

Certainly at wider apertures most lenses perform better at the centre than the edge, often because smaller sensors are just using that central ‘sweet spot’ to record an image. The crop factor means smaller sensors are less useful with wider angle lenses but increase the effective focal length of longer lenses.

Our recent NW Group meeting had Russian equipment as its theme. I took pictures with several readily available legacy standard lenses on a digital camera as part of a practical comparison. Without going into great detail, there were variations between individual lenses as expected but when well stopped down all the lenses produced an acceptable image. Some examples are shown here.

To summarise this brief over view, it is clear that adapted legacy lenses do not have the clinical contrast and sharpness of modern lenses. They don’t need it. With carefully chosen subjects and conditions the user can get more actively involved in creating a satisfying, acceptable photograph without the need of expensive modern equipment. Surely that is something to interest many collectors?

The Braun Paxette range of cameras from the 1950/60s has long been a favourite amongst camera collectors. They are cheap, fairly available, have a range of body styles and many lenses (McKeown’s lists 28 lenses, not including the Katagon shown here) by different manufacturers.

The interchangeable lenses, both coupled and uncoupled with the rangefinder, mostly used a Leica type 39mm screw fitting. The catch was that they have a longer register and are therefore are not interchangeable with the Leica cameras.

The Wallace Heaton Blue Book for 1959/60 lists a “distance ring”, price 19s 1d, to allow Paxette lenses to be used on Leica (without rangefinder coupling) and Periflex cameras.

Like many, over the years, I have had a fleeting interest with Paxettes and somehow, somewhere I acquired what I believe to be a Wallace Heaton distance ring. It is just an L39 extension tube 15.2mm long and allows the Paxette lenses to focus to infinity on a Leica camera or a mirrorless digital camera with a Leica L39 adapter fitted.

The original distance rings must be quite rare. Very similar and not quite so rare, often found at camera fairs, are Leitz extension tubes, code named DOORX and 14020. They (and some other brands around the same size) can be placed between the lens and camera adapter to allow the lens to focus at useable distances.

The Paxette lenses, being of their time, were built to a price. Many of the standard 45/50mm models were 3 elements, being generally acceptably sharp in the centre but rapidly diffuse in an artistic manner towards the edges (even on a crop sensor digital camera).

Because of their heritage and design features some lenses handle better on a digital camera than others. Click stops are useful but not found on all the lenses. I have tried several of the standard lenses over the years and have found none to be striking but most are acceptable, especially stopped down. Some are quite attractive and look good on the camera.

If you have a collection/selection of Paxette lenses I urge you to try them on a mirrorless digital camera. The results can often be pleasing in
colour and, given the right subject, even more so in black and white, be it shot in-camera or converted from a colour image afterwards. 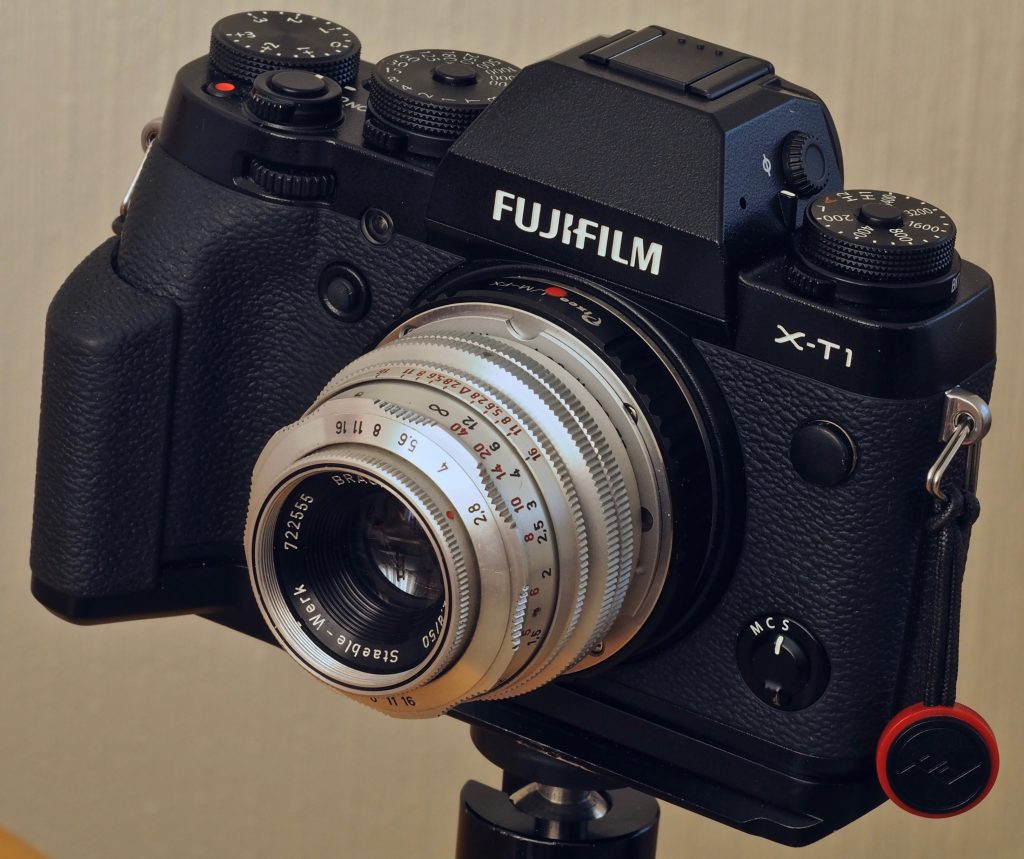 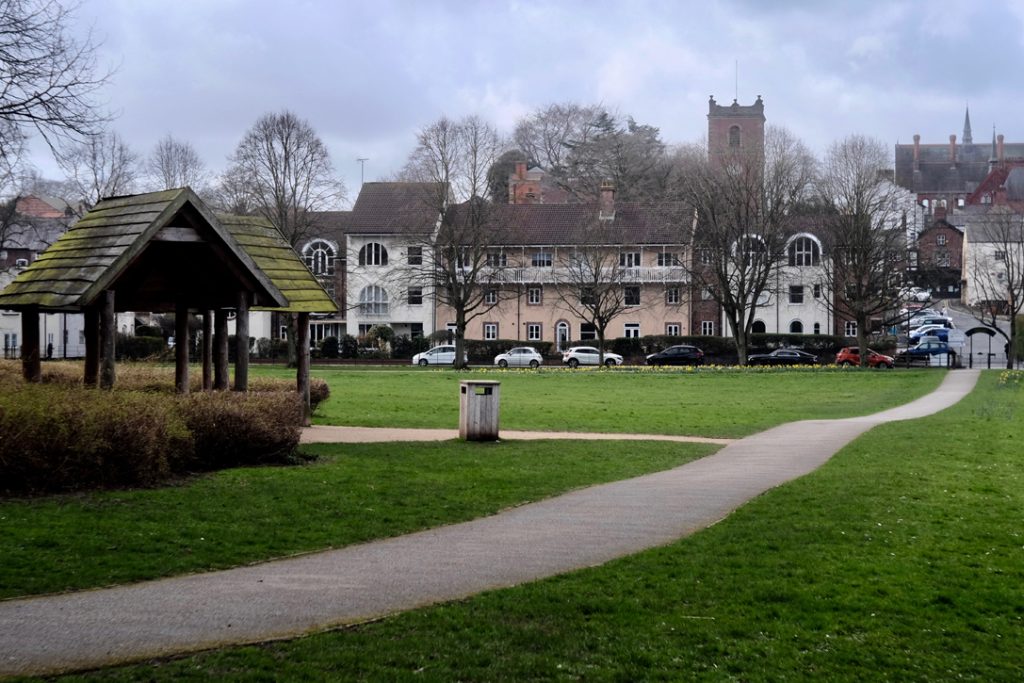 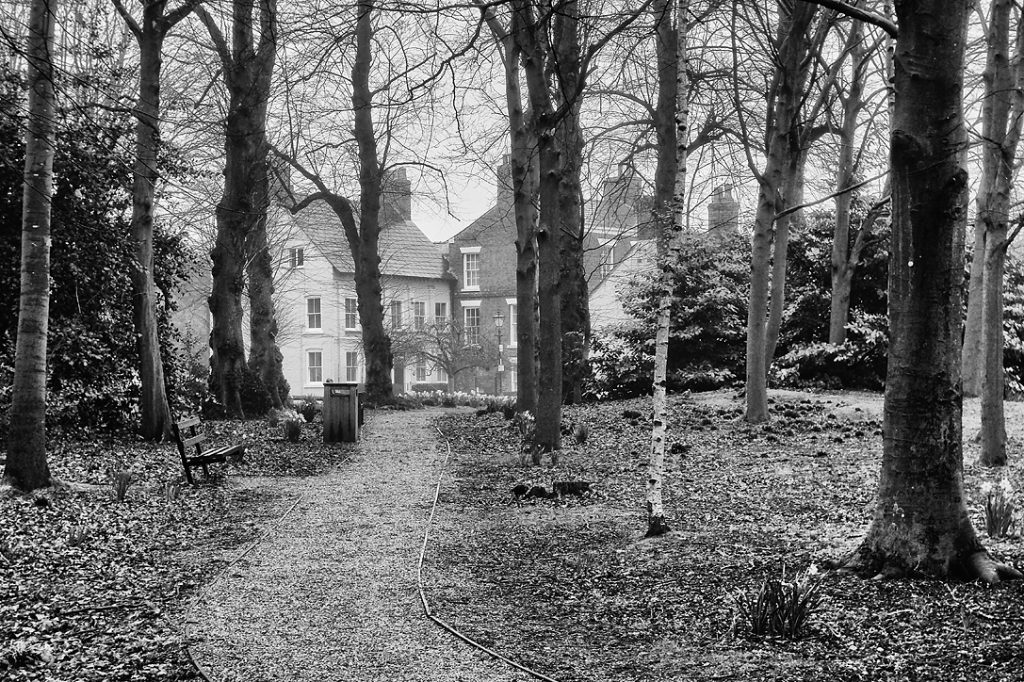